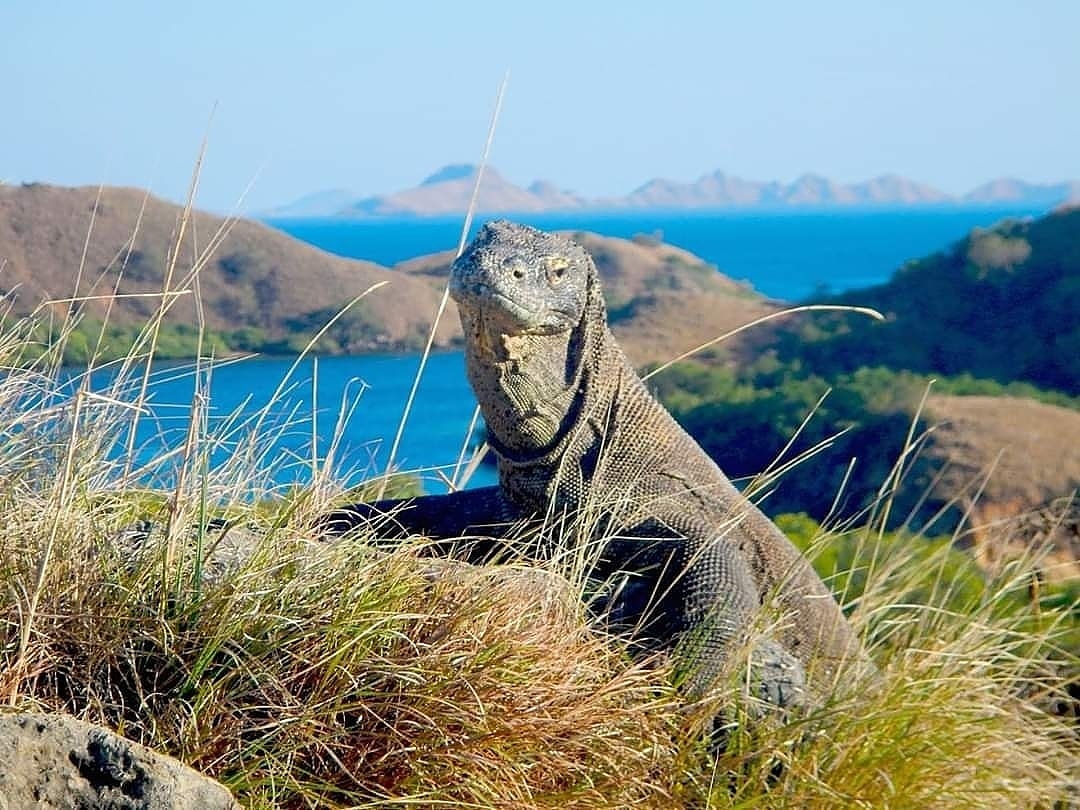 No holiday to Indonesia would be complete without a visit to the Komodo National Park.  Located off the coast of Flores in East Indonesia, Komodo Island forms part of the Komodo National Park, and was proclaimed a World Heritage Site by UNESCO in 1986.  Boat tours are the only way to reach the island and the journey by ‘slow boat’ normally takes around 3 hours from Bajo, or less than 90 minutes by speedboat. Day trips will take in the main sights of Komodo National Park including the dragons, so if you’re pressed for time this is a good option. You may also opt for a cruise holiday, in which case you get to spend a few days sightseeing and enjoying more of the national park.

The Komodo National Park is home to a population of around 6,000 Komodo dragons which exist nowhere else in the world.  These magnificent giant lizards are of great interest to scientists and their research into the theory of evolution. Komodo dragons grow to an average length of 2-3 metres, weigh more than 140 kilograms and can smell blood from almost 10 kilometres away. These carnivorous lizards feast on a mix of deer, monkey, birds, goat, and wild buffalo, and are even known to display cannibalistic tendencies eating other dragons.  The males of the species are larger than the females, and all exhibit aggressive behaviour. They are also astonishingly quick, and can run in short bursts of speed of up to 20km/h.

Once ashore, you will be required to do a short trek of around an hour accompanied by an expert park ranger, where you are almost guaranteed to see a least a few dragons.  You may even get to take pictures with them, with the help, guidance, and advice of the guides of course. If you’re lucky, you may come across Komodo nests and baby dragons. The island is also home to a variety of rare birds, snakes, and spiders, as well as notable terrestrial species such as the Timor deer and endemic rat.  The rich coral reefs that surround Komodo host a diverse range of marine life and harbour more than 1000 species of fish, 70 species of sea sponges, and 260 species of reef coral. The strong sea currents also attract sea turtles, sharks, dugongs, dolphins, and whales.

If time permits, you will have the opportunity to see the manta rays or the beautiful and rare pink beaches of Komodo or Padar Island, of which there are only a handful of them throughout the world.

Komodo dragons can be seen all year round.  July to August is high season, and sees cooler, more comfortable weather, but is also more crowded with tourists. The months to avoid are December to February which is the rainy season making unfavourable conditions for sailing and trekking, but if you’re not put off by this, it will be quieter with far fewer tourists.  Whatever time of the year you go, the scenery and dragons are a spectacular sight and you will be sure to have an unforgettable trip!