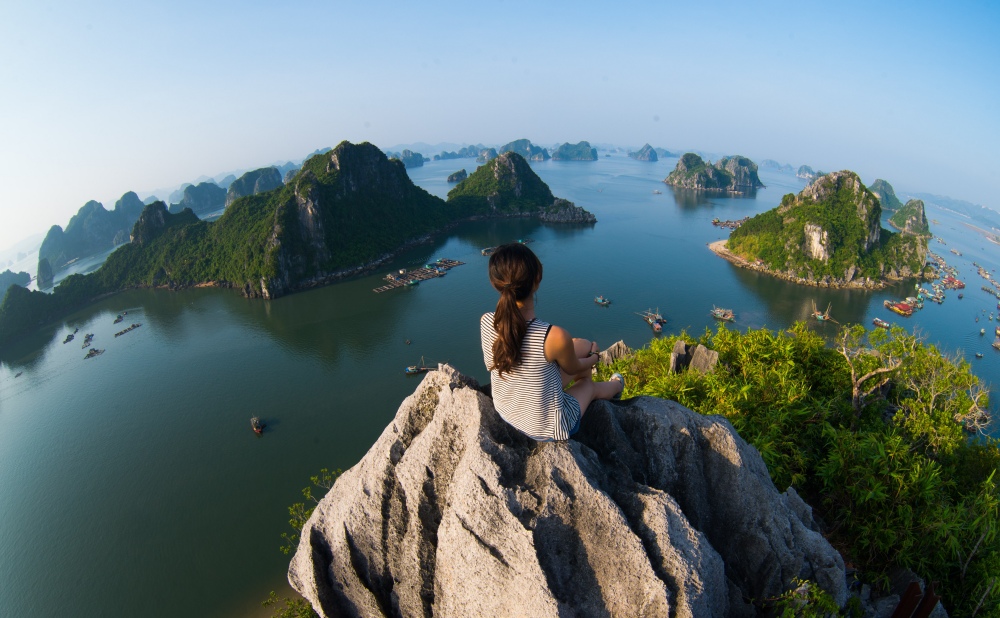 Vietnam is one of the most popular tourist destinations in the world, home to some of the most iconic landmarks on the planet. The country receives thousands of tourists each year and we’ve compiled a list of some of the best and most unmissable attractions that draws them to this beautiful destination. Don’t forget, there are great beaches and resorts to relax in after you’ve explored;

Hue was the capital of the nation from the early 19th century to the early 20th century. It is arguably one of the easiest cities to fall in love with. It is located on the banks of the Perfume River. It is home to complex cuisines, and its streets are known for a lack of traffic and calmness. The city is also home to elegant temples, the Citadel as well as royal residencies. The city also boasts of being the home to the most impressive royal tombs and numerous natural attractions.

Hoi An is the most cosmopolitan and civilized town in Vietnam. It is an ancient port that is known for its beauty. It is also known for its numerous gourmet restaurants, cafes, and bars. The town is home to expert tailors and boutiques. Other significant landmarks in the ancient town are the warren-like lanes, temples, and pagodas. You can enjoy a wide range of activities in the historical city without having to worry about such things as the costs. For instance, the restaurants in the city serve the best meals at the most reasonable prices. You can also get to enjoy the beautiful An Bang Beach and walks along the river. A short boat trip up river will take you to smaller villages who make a living out of handicrafts. One village is inhabited by potters, with hundreds of pots drying in the sun.

Hanoi is an ancient town, full of history and the bustle of everyday life. It is one of the traditional cities that has made active steps towards embracing modernity and visitors from different parts of the world. It provides an ample mix of culture and diversity. While visiting this town, you can enjoy walks around the streets of the old quarter. The town is also home to the drip-coffee and sour crab noodle soup. Other places to visit in the city include the crumbling French quarter and the cosmopolitan Tay Ho. At the Tay Ho, you can enjoy the finest meals. The burgeoning art scene in the town is growing and becoming a big attraction.

Mekong Delta is located in the southwestern region of the country. The delta is located between Ho Chi Minh City and Cambodia. It is the area where the Mekong river reaches the sea, where it empties through a series of tributaries. The Mekong River starts in the Himalayas and passes through a series of countries like China, Thailand, and Cambodia before emptying in the sea in Vietnam. The region is, therefore, referred to as the water world of the country. It consists of numerous boats, houses, and markets that all float on the rivers, canals as well as streams. The water features criss-cross the landscape in a manner that resembles the structure of the human arteries. Here, you get to enjoy the beautiful water bodies, walls along the river, and the beautiful accommodation.

Vietnamese fighters built the Cu Chi Tunnels as they fought for the country’s independence. It is a network of tunnels that form a somewhat underground city. The system features living rooms, kitchens, factories where weapons were manufactured, hospitals, storage centers as well as a command center. The fighters used all these facilities. They also acted as a means for the fighters to move around the city without being detected. The tunnels were at a point home to more than 10,000 soldiers. The tunnels are, therefore, an incredible landmark to visit. An added attraction is that there are remains of many American tanks as well as bomb craters, and you can sample some of the jungle food that the Vietcong soldiers lived on.

One of the best features of Halong bay is the incredible karst limestone peaks. The bay also features the incredible seas, colours varying from deep blues to turquoise. It is, therefore, one of the main tourist attractions in the country. You can enjoy an overnight cruise from the bay on a traditional junk, anchoring in secluded bays for the night and eating under the stars. It is also home to numerous beaches on which you can enjoy quiet times or explore by kayak. The bay is fringed with some excellent hotels from where you can explore.

The national park is a UNESCO World Heritage Site. It is located in the Bo Trach and Minh Hoa districts found in the central Quang Binh Province in the North Central Coast area of the country. The National Park was constructed mainly to protect one of the largest Karst regions in the world. The karst region is made up of more than 300 caves and caverns. The national part also offers protection to the limestone forest ecosystem found in the Annamite range area located in the North Central Coast of the country.

At the park, you will also get to experience a wide range of biodiversity. For instance, the largest type of vegetation in the park is the tropical dense and moist evergreen forest found on the limestone. It is also covered with tropical wet forests on lime rocks and soil mounts. Additionally, the national park is home to at least 98 families, 256 genera, and 381 species of vertebrates as well as 66 other animal species. Twenty-three of the species are recorded in the World Red Book of Endangered species.

The highlights mentioned above are just a few of the places that makes Vietnam a brilliant holiday destination. The country is home to too many landmarks and destinations to mention. Each of the destinations has a unique element that speaks to the culture and the growth of the nation. The best of the highlights are located near transport centers hence are easy to access.