Native to India and Nepal, the Greater One Horned Asian Rhino can be found alongside the floodplains of the Ganges River, as well as the foothills of the Himalayas. They love to live predominantly in waterside environments, particularly rivers and swamps, where they can easily swim or forage with their horns for food, as well as enjoy a mud bath. Bathing in mud not only keeps them cool, but also helps to prevent parasites from living on their skin. 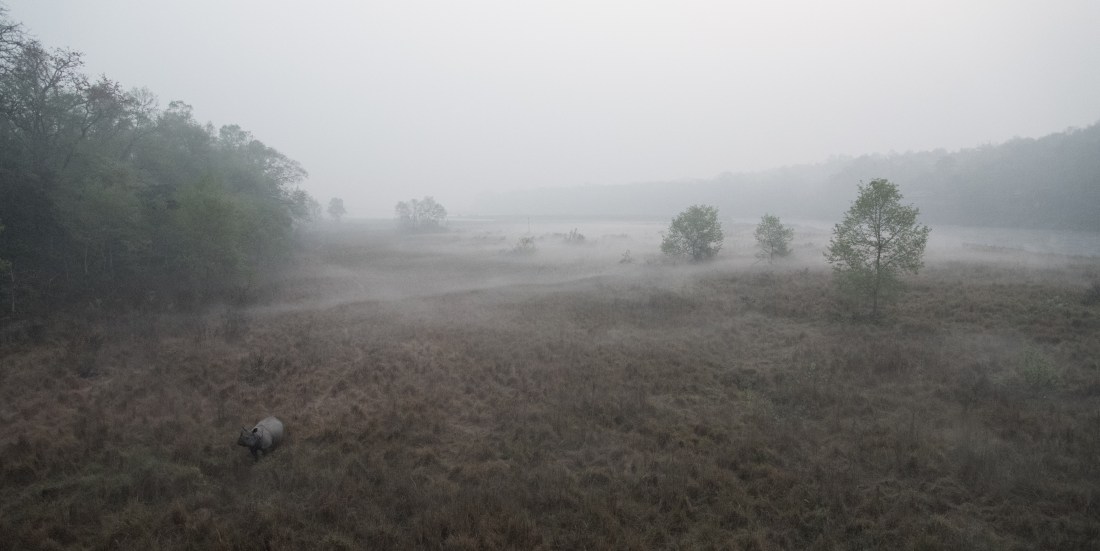 When it comes to food, the diet of the Greater One Horned Rhino is dictated by whatever vegetation is in season, but can include up to almost 200 different variations of plants, fruits and other often semi-aquatic vegetation. The One Horned Asian Rhino are also known for having a healthy appetite, consuming approximately 1% of their entire body weight in food every single day.

This species of rhinoceros tend to live alone rather than in groups, however where food is plentiful, many will often graze together. Males are very territorial, whilst females tend to be solitary, with the exception of when they are breeding, when their calves will also stay with them. Scent is an important tool for these rhinoceroses, who deliberately tread in their own dung in order to spread their scent, mark out boundaries and communicate with other rhinos who may be in the vicinity.

Sadly, this particular species of rhinoceros has been a target for poachers for centuries, hunted for their horn, as well as harassed by hunters for entertainment. This saw the numbers in the wild dwindle to around only 600 back in the wild in the 1970’s, making them one of the most endangered species in the world. Thankfully, a number of conservation projects to protect and breed these magnificent creatures have enjoyed much success over the past few decades, with figures today showing a return of around 3,500 to the wild in Nepal and India.

Although they still remain an endangered species, the conservation efforts to protect and preserve these animals and their habitat has given hope that despite the still small number left in the wild, they as yet are not facing extinction altogether. The majority of these protected rhinoceroses live in the Nepalese Chitwan National Park, along with the Kaziranga National Park in Assam.