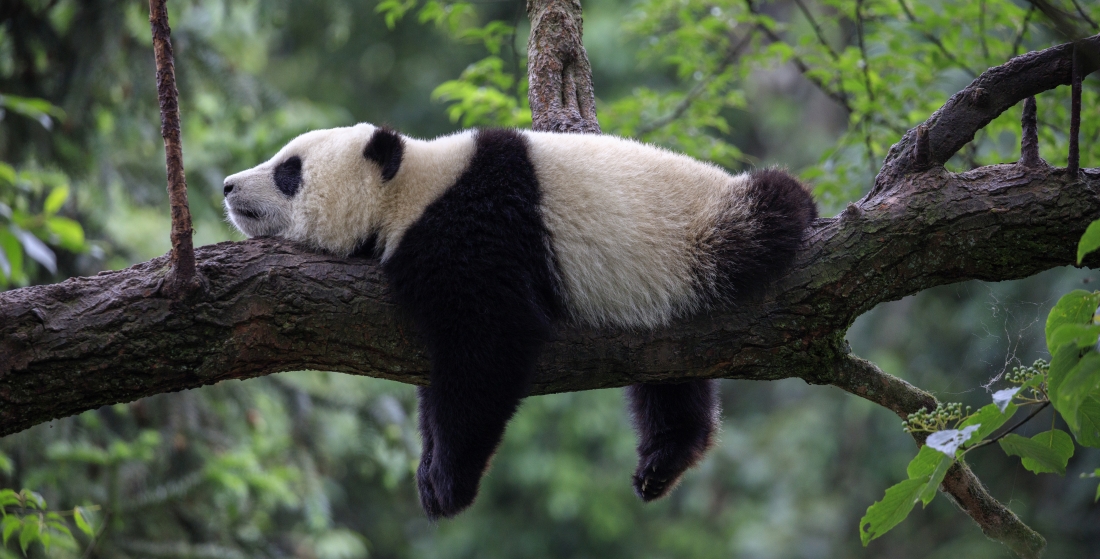 China is a vast country with great diversity of terrain containing a large variety of flora and fauna. From mountain ranges, great river systems, deserts, high altitude plateau and forests, the terrain has always contained a vast diversity of wildlife. But the pressures of an increasing population, climate change and the demands of Chinese herbal medicine have put a big question mark over the viability of many struggling species. China is known to be the destination marketplace for the body parts of many endangered species that drives the poaching trade worldwide. What about closer to home?

In the past, its attraction to visitors revolved around historical and cultural features but in recent years, there has been an increase in its attempts to conserve its wildlife with the creation of national parks and protected areas. Around these have grown conservation projects.

The Giant Panda Project
There are less than a thousand pandas left in the whole world; all of them in China and mainly in Sichuan Province. These extraordinary creatures are famous for their distinctive colouring of black and white and have very specific dietary requirements, limiting their potential natural range. This was always the biggest threat to their survival, as their habitat was cleared by man for farming – both arable and for grazing, and logging of the forests.

To help preserve them the Government created Wolong National Nature Reserve in 1963 and finally the benefits of this protection have borne fruit – After a 17% increase in the species, IUCN labelled the animals vulnerable instead of endangered in 2016.

Tiger Network Initiative
In the past, tigers roamed over much of China’s remote mountainous areas, but with the huge growth in the countries population and its incursion into these territories the population was severely declined, leaving them only found in Changbaishan and Wandashan. Due to this low population of tigers, there are now problems with genetic inbreeding further endangering the viability of the population. This decline of tiger numbers was driven by poaching due to many tiger parts being used in Chinese traditional medicine and commanding high prices.

Currently several non-profit organisations are focused on preserving these remaining Siberian Tigers. The State Forestry Administration has collaborated with other International bodies in an attempt to save the species. The formation of the Transboundary Tiger Protected Areas Network is a step in the right direction. The most important factor in saving the Tiger in China however is to make the selling of its body parts illegal. In 2019 the Chinese Govt. announced plans to make the use of certain parts legal again but thanks to International pressure it postponed this legislation, maintaining the illegality of the trade. This legislation should be cancelled

The Asian Big Cat Project
This project came to effect in 2005 after it was launched by the country’s Lhasa Field Office. The aim was to curb the trade of big cat skins in the country. This effort targeted a ban on wearing of big cat skins obtained from leopards and tigers as trophy. However, in some parts of the country, the traditional attire comprising of animal skin remained. This led to a further decline in the Asiatic leopard and tiger.

Currently, the Big Cat Project is still active and continually seeks to protect the leopards, snow leopards, and tigers. This project runs in collaboration with the World Wildlife Fund (WWF). The aim of WWF is to combat illegal trade in Asiatic big cat products. The organisation constantly monitor the markets for big cat products to attempt to eliminate the trade.

Primate Protection
Ongoing primate preservation efforts target the golden snub-nosed monkey. This monkey is listed under category 1 of the Chinese Wildlife Protection Act. CITES has also listed this monkey under Appendix 1. The threat to this species comes from fragmentation of the population and habitat loss, as well as climate change destroying its favorite food – lichen. It is now only found in Central and South West China.  The monkey is a tree-dwelling species, spending over 95% of its time in the trees and deforestation destroys its habitat. Illegal poachers target the monkeys for their fur, traditional medicine, and meat. Due to the listing under CITES, the trade of this species is illegal. It is only found in a number of protected areas, it being the primary species in several of these, including Baihe Nature Reserve, Foping National Nature Reserve, Shennongjia National Geopark and Wanglang National Nature Reserve.

The pressure from land clearance as well as the need to feed its huge population means that China will never be able to recreate many of the lost habitats its endangered species need to thrive. What is crucial is that the practice of Chinese Medicine of restricted in what ingredients it can use and the use of animal and reptile parts and derivatives should remain banned and be tighten. Attitudes are changing however, with the main market for such medicines being the elderly demographic. As the younger generations grow into the affluent middle age and older, the demand with drop as they have much less belief in these remedies.

Likewise the Chinese Government is now more aware of the importance of the countries wildlife, both as an attraction and a natural heritage. As the population becomes more wealthy, so they demand action to maintain the countries natural identity, as well as a source of potential income from tourists. National Parks were first introduced in 2016 and now covers 11 areas, giving them protection enshrined in law. There are also 215 Conservation areas, many of which have existed for decades, now with an increased status. This should be applauded. If it is combined with an outright ban on all animals parts and products being used in medicine as as status symbols, then the Chinese Govt will finally have become a main player in Worldwide Animal Conservation.