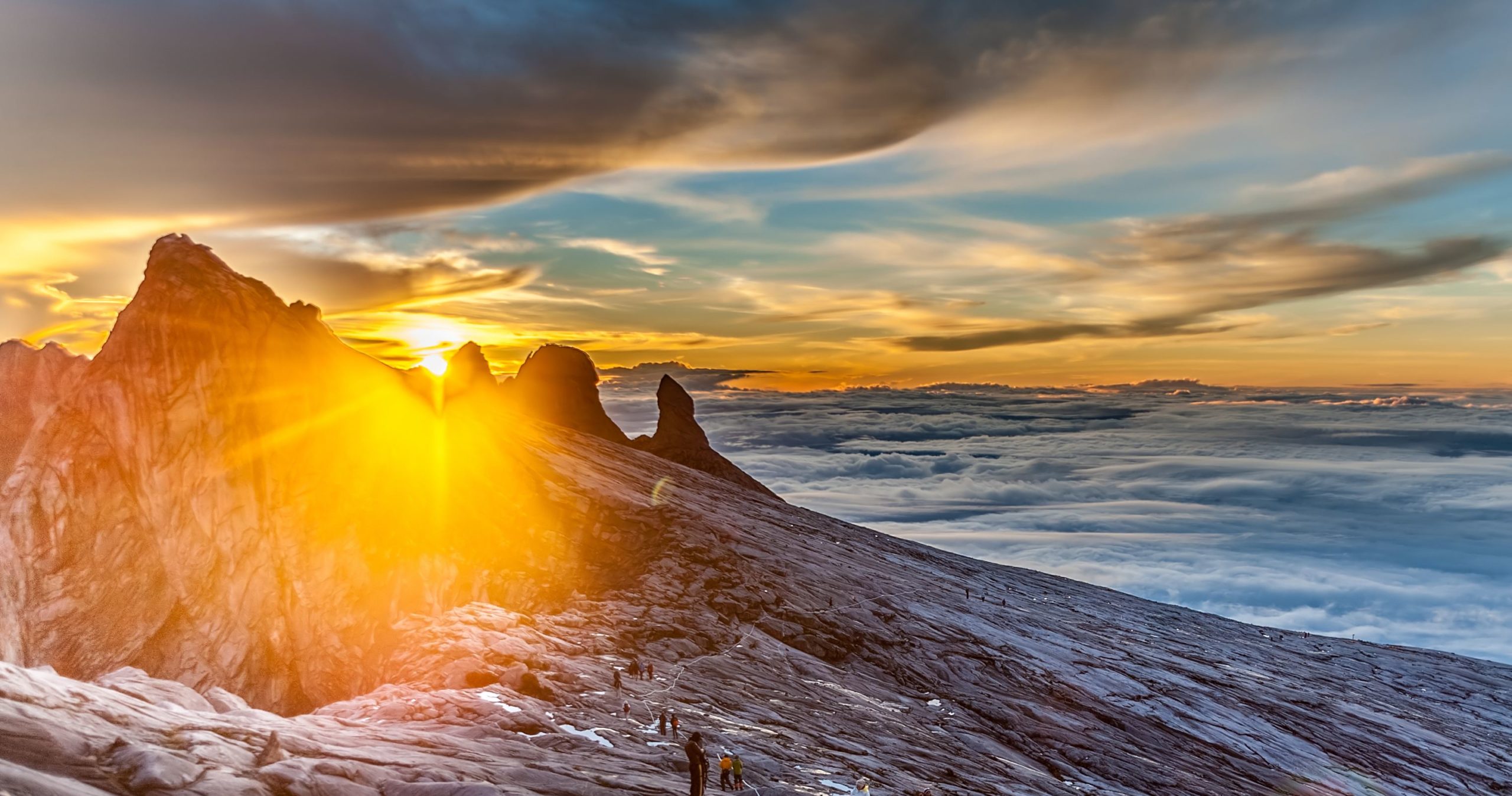 Borneo is the third largest Island in the World, covering nearly 750,000 sq. km. It is not a country however, and is administered by three sovereign states; Malaysia, Indonesia and the tiny Sultanate of Brunei.

Sabah is the northeastern state of Malaysia’s part of Borneo, with Sarawak occupying the northwest. This region should really be on everyone’s bucket list with beautiful beaches, mountains, and hiking trails to explore that will allow you to experience adventure and relaxation on the same holiday. You can explore Danum Valley from the treetops, check out the tropical fish in Tunku Abdul Rahman Park, take in the mountainous air of Kinabalu National Park, and bask in the heavenly nature of Tun Sakaran Marine Park.

This region also has a number of great cultural festivals to enjoy. Around mid-January people celebrate Chinese New Year with a Lion Dance at Gaya Street, Kota Kinabalu. In April there are countless regattas and dragon boat races to attend such as the Sabah Dragon Boat Race or Semporna’s Regatta Lepa Semporna. If you fancy something a little more energetic then check out the 6km or 12km Wild Run in July at the Nexus Karambunai Resort and Spa. On August 31st, visitors can join in with the locals, and celebrate Sabahan independence from the British.

Hanging Around with Orangutans in Malaysian Borneo

This endangered species are truly unique, and are a big attraction to visitors to Borneo. Some of the best places to see the Orangutans, both in captivity and the wild, are in Malaysia’s Sabah and Sarawak. With an estimated 12,000 orangutans living in the wild in these two provinces, you have a good chance of spotting one despite the decline in their numbers due to habitat loss. Our top 3 destinations for seeing Orangutans in the wild are:

This river delta is a great habitat for orangutans and visitors have a high chance of seeing them in their natural habitat by boat excursions.

The jungles of Danum are ideal for those adventurous travelers looking to spot an orangutan by foot. Since 1995 it has been a Conservation area with an extensive network of trails and the chance to assist in research work.

As Deramakot Forest Reserve has a population of roughly 1,400, there’s a good chance you’ll get to see them on a 4WD safari.

Kalimantan, the Indonesian portion of Borneo, is a lot less traveled. This region is not as built up as those in Malaysia, and therefore doesn’t offer as many tourist packages, accommodations, nor is it’s infrastructure as developed. However, the natural habitat is still similar: Kalimantan has winding rivers, magnificent mountains, pristine beaches, and lush jungles that are perfect for the more advanced backpacker. Here are a few places you ought to add to your bucket list:

This magical island is part of an archipelago that’s perfect for diving, fishing, and snorkeling! Check out the ghost-pipe and scorpion fishes, seahorses, and if you can spot one, the tiny blue ring octopus. You’ll also find the Blue Trigger Wall landmark here.

Explore the city by boat through one of the many canals, take in the beautiful Islamic architecture, and bask in the glory of the nearby Meratus Mountains which cab be explored on foot..

Although most of the Orangutan population is in  Malaysia’s Borneo, there’s a chance you’ll see one here in Indonesia.

Since Indonesian Borneo is sparsely populated and not as developed as neighbouring Malaysia, it might not be feasible to see the entire island in one go. We recommend picking one region to explore because it will simply take too long to see all of Indonesian Borneo. The same travel advisories apply to all of Borneo as they would elsewhere: don’t walk alone at night, don’t flash valuables, and always use registered taxis.